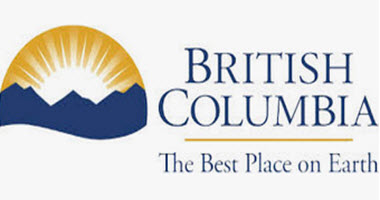 There is a wide selection of wildlife that you can see during your next vacation in British Columbia. To make life a little easier, we decided to include the most common species in British Columbia that are certainly worth witnessing.

Racoons play a key role in the British Columbia ecosystem. They are versatile animals that only require water, food, and a place to nest. They are also one of a handful of animals that can successfully adapt from being a family pet to going back into the wild. You can instantly recognise a racoon thanks to the black band across their faces. They also have a bushy tail with light-brown and black rings.

The beaver is a national symbol in the country and has represented Canada for more than 300 years. As a giant rodent, the beaver has enormous buck teeth for falling branches and trees along with a flat tail to perfectly steer through water. They also have a clear layer covering their eyes which is essentially like their own unique swimming goggles used to protect them from debris underwater, and their teeth never stop growing and simply snap off while chewing logs.

Canadian geese are migrating birds where the next generation will return to the same nesting grounds as their parents. Canadian geese are essentially waterfowl, but they spend the same amount of time on land as they do in water. These birds migrate north in the summer and south in the winter. They usually fly in a distinctive V pattern which helps them save energy during long flights. It also helps with communication between the entire flock.

Coyotes form part of the Canid family, including foxes, wolves, and dogs and due to their opportunistic nature have become a popular sight in British Columbia’s urban areas. Like racoons in Whistler and foxes in the United Kingdom, coyotes are generalist feeders where they will often enter cities and towns looking for food to give to their young. It’s estimated that there is around 3,000 coyotes in the lower mainland of British Columbia.

You will find three types of bears in North America, including the polar bear, grizzly bear, and black bear. The most popular, and smallest, of the three bears is the American black bear. However, despite its name, you’ll find that they come in several shades of cinnamon, brown, dark brown, blue-black, and black. These bears tend to avoid conflict and will, therefore, avoid urban areas. Their clam and gentle nature can often cause human-bear conflicts as most people tend to get too close for pictures, leading the bear to feel afraid and trapped.

Cougars are considered the second largest cat in Canada. Their colour will range from dark brown to light tawny red, and they boast with over 40 different names, such as panther, puma, mountain lion, etc. They are best known for their terrific speed, long tails, and large paws.

This entry was posted in General. Bookmark the permalink.